Hiring the wrong candidate can be costly. John Austin explains how to distinguish between candidates who perform well on the job versus those who just look good on paper.

Companies commonly neglect considering a key element during the hiring process – the human element. How can you know what kind of person someone is if you only have a résumé and a feigned interview for reference? How will you know how they interact with others in the workplace, or what implications their personality will have on their productivity? At Talegent, we have devised a scientifically based and empirically proven personality assessment to accurately answer these important questions.

Résumés provide limited information about a candidates’ ability, while the artificiality of interviews often lead to biased judgements and incorrect assumptions about a potential employee’s personality. Even cognitive ability tests may not be an accurate representation of a person’s on-the-job performance. These limitations can result in hiring someone who is completely wrong for the job, even if their résumé seemed perfect and their charming nature during their interview had you fooled. A mistake like this can hugely affect the functionality of the workplace environment – or worse, the productivity and output for everyone in the office.

Our personality assessment helps prevent these potentially disastrous mistakes by identifying and measuring the core traits that research has proven can determine job performance. These personality tests are designed with sufficient subtlety and sophistication that they are near impossible to cheat, with measures put in place to identify candidates who provide deceptive answers to manipulate their test outcome.

Below are a few classic examples of negative worker types, along with the measurable personality trait that could have unmasked them before you offered them the job:

The disorganiser is unreliable. They don’t finish their work on time, they don’t fulfil their promises and they are just generally scatter-brained. This person would score badly in the conscientiousness trait. Basically, conscientiousness predicts the tendency to plan and have self-discipline. Clearly these are important factors in the workplace as you would not want an unorganised, unmotivated and unprepared team member in charge of anything even slightly important. In fact, research shows that conscientiousness is the number one predictor of job performance.

This kind of worker is more than unpleasant to be around, their pride and contempt barely concealed under a layer of sarcasm and frustrated sighs. This person’s attitude and behaviour can suck the motivation right out of a team and cause tension in the workplace. A key personality trait which predicts arrogance is narcissism. A high score in this trait indicates a person who elevates themselves at others’ expense, someone who is out for personal glory regardless of whom they step on to get it.

A worker who is a loner displays antisocial behaviour and is often uncomfortable being around other people. They may be quiet, shy and generally reluctant to contribute. Although these traits may be fine in certain workplaces where little human interaction is required, it can be hugely detrimental in roles that require much team work. The loner would have a low score on the collaborative trait. This trait specifically indicates a candidate’s ability and willingness to work with others.

The xenophobe is hostile, prejudiced and unaccepting of anyone different from themselves, whether it be gender, ethnicity, age, and so on. Having a xenophobe represent your company on the front lines of customer service can have a disastrous effect, resulting in dissatisfied or even insulted customers who surely will not return to your company. This person scores badly in the accepting trait. People who score low on this trait greatly prefer to deal with people just like themselves and are rejecting of people who do not fit this mould.

Unfortunately, these bad employees do not reveal their true colours until it is too late. By measuring personality through our assessments, you can get a fuller and more accurate indication of how candidates will perform on the job before you make the mistake of hiring them. 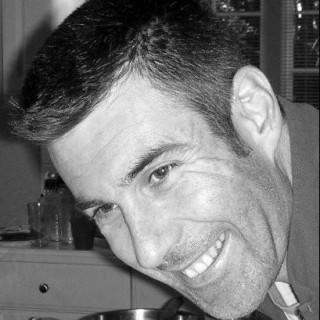